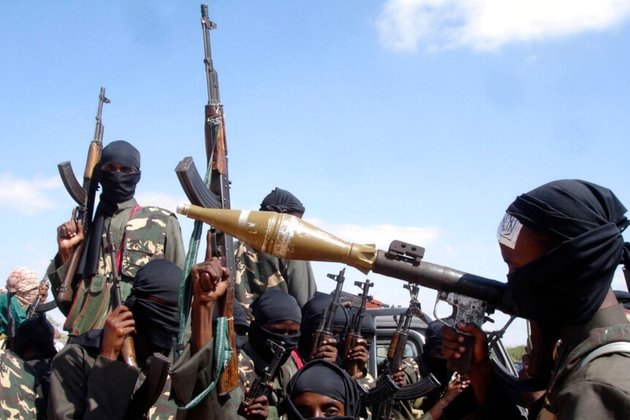 WASHINGTON - The United States has reported conducting a new airstrike against al-Shabab in Somalia on January 23, killing two militants.

In a statement, the U.S. military's Africa Command, known as AFRICOM, said it conducted a 'collective self-defense' strike against al-Shabab following a request from the Somalian government.

The strike was in support of Somali National Army engagements against al-Shabab, AFRICOM said.

The strike occurred in a remote area near Harardhere, approximately 396 kilometers northeast of Mogadishu where Somali forces were conducting operations.

'Given the remote location of the operation, the initial assessment is that no civilians were injured or killed,' the statement said.

AFRICOM said Friday's strike followed an al-Shabab attack on Somali government forces based in Galcad. That attack led to the death of at least seven government soldiers including one of the commanders of the Somali Danab, or lightning, elite forces trained by the United States.

'The U.S. is one of several countries providing support to the federal government of Somalia in its ongoing campaign to disrupt, degrade and defeat terrorist groups,' AFRICOM said. 'Rooting out extremism ultimately requires intervention beyond traditional military means, leveraging U.S. and partner efforts to support effective governance, promote stabilization and economic development, and resolve ongoing conflicts.'

Despite the operations, al-Shabab has been conducting raids and complex attacks against Somali military camps and government installations in the capital, Mogadishu.

The militants fired mortars at the Mogadishu city center Tuesday. The group claimed that it fired nine rounds of mortars in the vicinity of the presidential palace. Residents reported hearing explosions. There are reports that one person suffered a minor injury as a result of the indirect fire.

This past Sunday, the militants stormed a compound housing the mayor's office and other local government facilities in the capital, killing five civilians. Security forces ended the raid, fatally shooting all six attackers.