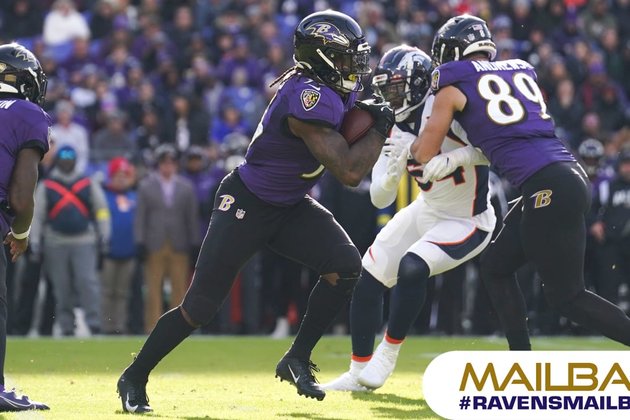 Mink: I don't think the Ravens offense is suddenly going to start looking like the Chiefs, Dolphins or Bengals. They just aren't built that way, and there's no doubt that the Ravens don't have the same firepower without Lamar Jackson.

Right now, the Ravens aren't concerned about what it will take to beat those teams. They want to beat the Steelers. I expect that Baltimore's defense will have to lead the way and continue to keep opponents in check. The old saying of "defense wins championships" may be applied to the AFC North race this year. Will Baltimore's defense be mighty enough to carry them to a division title over the high-flying Bengals?

That doesn't mean the offense doesn't need to carry its weight and can't improve, however. While Baltimore may not have as much big-play potential without Jackson, Tyler Huntley is an efficient quarterback who can certainly move the chains. I think for Baltimore's offense to hit the next level, it needs to get back to running the ball like it did during midseason wins over the Browns, Bucs and Saints. The Ravens' DVOA (defense-adjusted value over average) has trailed off in recent weeks. If the Ravens can get the "Gus Bus" rolling and Kenyan Drake and Justice Hill ripping off some occasional chunk runs, Baltimore's offense won't look like the others, but it can still be highly effective and score a lot of points. They need to run the ball well, convert at a high level on third downs, and finish in the red zone.

Mink: Since Rashod Bateman last played (in Tampa Bay), Demarcus Robinson has led the Ravens receivers with 25 targets over four games. I expect that he will continue to get the lion's share of the looks. Robinson is playing well, and he showed against the Broncos that he's a threat for yards after catch. Jackson played the most snaps he's seen all season last week against Denver and I expect that he will only continue to get more involved. While, I expect that the 36-year-old receiver will continue to see fewer snaps and targets than Robinson and Devin Duvernay, Jackson's going to get his shots at big plays and if he makes a few that will greatly boost Baltimore's offense. Duvernay's role will continue to be a hybrid receiving/rushing job.

Downing: Switching left tackles between Patrick Mekari and Daniel Faalele was done out of necessity rather than preference. The Ravens would prefer to keep one person at left tackle, but Mekari suffered a toe injury during the game and had to rotate out as he dealt with the issue. Mekari's time on the sidelines was mostly spent getting his foot re-taped or working with the doctors as he tried to play through the pain.

Stanley has missed the last two games after quarterback Lamar Jackson was pushed into his surgically repaired ankle in Week 11 against the Panthers. Stanley practiced in a limited capacity last week but wasn't active for the game. Harbaugh said that he's "very hopeful" about getting Stanley back in the lineup this week, which would be great news for the offense. But Stanley's weekly game status has been difficult to predict this year, and that could be the case again this week.