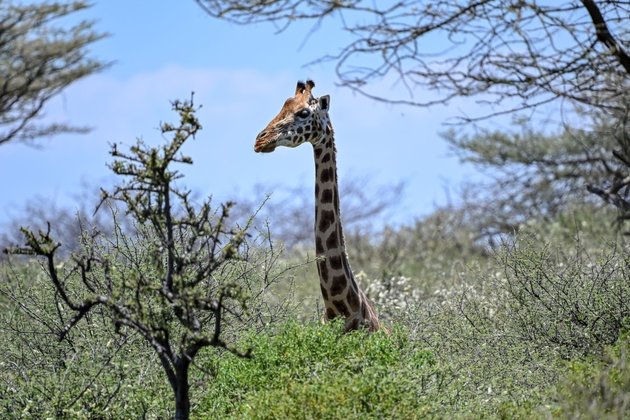 The Mammal Atlas Kenya, or Makenya, allows any user who spots a wild mammal to identify it and log the location.

Kenya is home to nearly 400 species of mammals, 22 of them natives to regions of Kenya, according to national figures. Authorities say it is getting more difficult to protect them, as climate change and human activities take a toll on their natural habitats.

So the National Museums of Kenya, the Mammal Committee of Nature Kenya and partners designed the mobile app, which also provides a way to upload photographs and details, such as the number of mammals sighted and their exact locations.

Samson Onyuok uses the Makenya app. Users like him have reported more than 2,500 mammal sightings since the app launched in August.

Experts say Africa contributes minimally to climate change but is bearing the brunt of its consequences. Dr. Philip Muruthi, vice president of the African Wildlife Foundation, told VOA that reproduction of the rare mammals and the survival rate of young ones are dropping.

'It is very hard to benefit or manage what you don't know,' he said. 'That is why this is so important. It is going to tell us which species we have, where they are, and maybe which ones are highly endangered, what we need to do about them. And especially not just the big things but also the small things, like the bats.'

Wildlife officials say Kenya is a habitat to at least a third of mammal species in Africa and are hopeful app users will boost efforts to protect them.