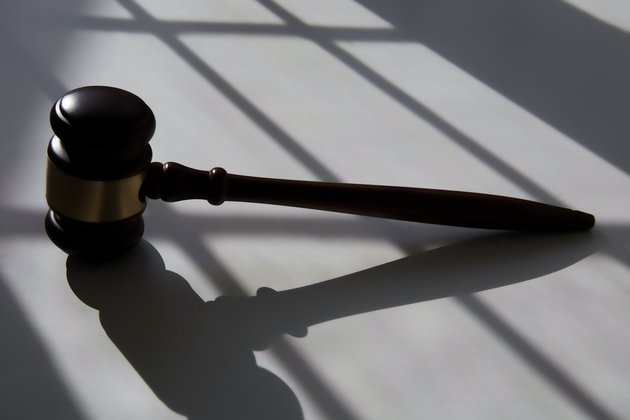 Why has Kenya not abolished the death penalty? Habit and inertia

In recent months two African states have announced their intentions to abolish the death penalty - Zambia and the Central African Republic.

In all, 22 member countries of the African Union (AU) have abolished the death penalty for all crimes, and one for ordinary crimes. In 2021, only four countries in the AU carried out executions: Botswana, Egypt, Somalia and South Sudan.

Seventeen African countries are considered "de facto abolitionist" states, meaning that they have not carried out an execution in 10 years. These include Kenya, which retains the death penalty by hanging - a British colonial relic. This sentence can be handed down for the crimes of murder, other offences resulting in death, robbery not resulting in death and treason. Kenya hasn't carried out an execution since 1987, when Hezekiah Ochuka and Pancras Oteyo Okumu were executed for their role in the failed attempt to overthrow President Daniel arap Moi in 1982.

After 35 years of no executions, why hasn't the law been abolished? Based on our research and legal expertise, we believe that Kenya retains the death penalty out of habit, convenience and simple inertia rather than any evidence-based consideration of its effectiveness or popularity.

Our recent study found that Kenyans' knowledge of the death penalty is relatively limited. Just 66% of the public are aware that the country retains the death penalty. Only 21% know that no executions have taken place in 35 years. Most years, more than 100 people are sentenced to death, mostly for murder or robbery with violence.

Another factor that may contribute to the government's inertia is that the death row population is managed by regular mass commutations. Death sentences of 4,000 prisoners were commuted in 2009 under President Mwai Kibaki. And in 2016 another 2,747 under President Uhuru Kenyatta.

But executions could resume as long as the law remains on the books. It is therefore our expert view that it is important to press for abolition. This would provide psychological relief for those living in the shadow of death. Indeed, international jurisprudence suggests that that long periods on death row - referred to as "death row phenomenon" - constitute cruel, inhuman or degrading punishment.

Latest research conducted by The Death Penalty Project, the University of Oxford and the Kenya National Commission on Human Rights suggests that Kenyan opinion shapers are in favour of abolition, and public opinion is no impediment. So alongside legal or legislative reform, there should be civil society engagement and action from the community at a local level, bringing the public on the journey.

Efforts have been made to restrict the scope and application of capital punishment. In 2017, Kenya's Supreme Court declared the mandatory death penalty for murder unconstitutional. This introduced judicial discretion as to whether the death sentence should be imposed. Execution was set as the maximum penalty, but not the only one.

The courts do still hand down death sentences. By the end of 2021 there were 601 people on death row and 14 death sentences had been passed that year.

Governments that continue to apply the death penalty commonly argue that their citizens are in favour of it. Kenya's leaders are no exception. In 2007 and 2015 the Kenyan parliament voted against abolition of the death penalty (when bills were initiated by individual lawmakers, but rejected by parliament). The justification cited was public support for retention. Kenyan delegates told a UN committee in 2013 that abolition was "not supported by the will of the Kenyan people".

Our rigorous research suggests that this is not the case.

Public opinion is no barrier to abolition

Our public opinion study surveyed a representative sample of 1,672 Kenyans. We found that a small majority (51%) supported retention of the death penalty. Just under a third were strongly in favour of retention.

This is a lower level of support than other African abolitionist de facto countries. In Zimbabwe, for example, our study found 61% of the public was in favour of retention.

Our research also showed that in Kenya support for the death penalty in specific (realistic) scenario cases was lower than support in the abstract. For example, it dropped to 32% for robbery resulting in death and 27% for murder.

We also interviewed 42 opinion formers, including people who have jurisdiction over the criminal justice system or can be considered to influence public opinion, and found very high levels of support for abolition (90%), with the vast majority strongly in favour.

This represents the highest level of support for abolition across all studies of opinion formers conducted by The Death Penalty Project. In Kenya, opinion formers cited concerns about wrongful convictions as a reason for favouring abolition but also believed that the death penalty was an abuse of human rights.

The majority of those in the public who were initially in favour of retention stated they would accept abolition if it were to become Kenyan government policy. Likewise, almost all the opinion formers said they would actively support an act of parliament to abolish the death penalty.

Historically, there have been different routes to abolition in Africa. In Rwanda the death penalty was removed following the end of a repressive regime. In Sierra Leone, the president led a campaign which resulted in a vote in parliament. In South Africa, the country's post-apartheid constitution paved the way for the court to outlaw the death penalty. It recognised the right not to be "subject to cruel, inhuman or degrading treatment or punishment".

The preferred strategy for Kenyan opinion formers was through an amendment of the criminal law. But it was also suggested that it would be necessary to apply several strategies simultaneously. The local approach would include actions from the courts, the churches and the president. Another path would involve lobbying Kenya to sign the international protocol on abolition of the death penalty.

Regardless of the route Kenya takes, our research suggests that opinion formers will actively encourage and even help facilitate abolition. And the public will not stand in the way of abolishing a punishment that has clearly died out in practice.