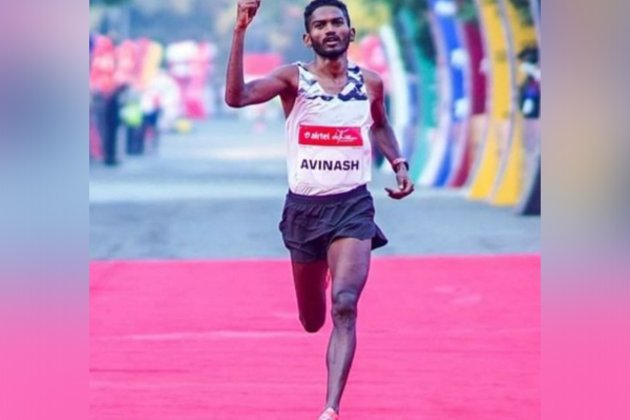 Indian athlete Avinash Sable clinched a silver medal for the country after finishing second in the final of the men's 3000 m steeplechase event at the ongoing Commonwealth Games 2022 in Birmingham on Saturday.

"Congratulations to Avinash Sable for winning silver at Steeplechase in CommonwealthGames. You have been consistently raising your level of performance which is an inspiring aspect of your success. My best wishes to you for your future endeavours," tweeted Murmu.

Prime Minister Narendra Modi also congratulated the athlete on his accomplishment. He shared a clip from the interactive session that he did with the Indian CWG 2022 contingent before they left for Birmingham. Sable was also a part of this interaction and recalled how his stint in army helped him in the steeplechase discipline.

"Avinash Sable is a remarkable youngster. I am delighted he has won the Silver Medal in the men's 3000m Steeplechase event. Sharing our recent interaction where he spoke about his association with the Army and how he overcame many obstacles. His life journey is very motivating," tweeted PM Modi.

"What an amazing race Avinash Sable! Clinching a silver in Steeplechase at CWG2022 with a personal best timing and a national record is a matter of pride! We watched your amazing triumph and held our breath till the finish line! Congratulations!," tweeted the minister.

Coming to Sable's event, he was not initially in the medal contention as he was at the fourth position when he crossed 1,000 and 2,000 m respectively. But in the final 1,000 m, he upped his speed to get to the second position and won a silver for the country. He clocked the timings of 8:11.20, his personal best.

The bronze medal went to Kenya's Amos Serem, who clocked the timings of 8:16.83.

The Commonwealth Games 2022 started in Birmingham from July 28 onwards and will go on till August 8. (ANI)